The inaugural event of the Spetses Classic Yacht Race 2011 was held in September 2011 in the picturesque island of Spetses, only 54 nautical miles from Pireaus port.  In deference to Spetses’ naval history and tradition, for the first time in racing history,  Aegean Classic Schooners raced alongside Classic Yachts, offering an unforgettable experience for both spectators and crews.

The idea of this unique race was to bring together proud institutions with common heritage and classical aesthetics combined with world-class organization  creating a memorable event. In particular, the race featured some of the most renowned classic yachts in Greece against the backdrop of the picturesque historic island of Spetses with its rich naval and shipbuilding tradition which is unequalled in the Mediterranean. 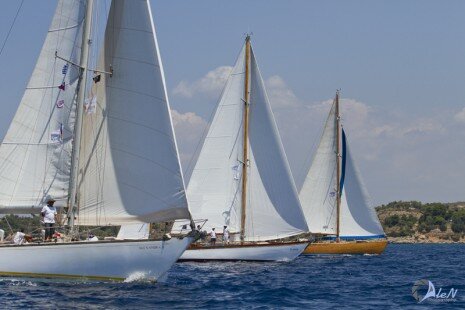 The 4th Spetses Classic Yacht Race took place from 19th to 22nd June 2014. Race Organiser was the Yacht Club of Greece and Hospitality Organiser was the Poseidonion Grand Hotel, which celebrated its centenary year.

Last year’s race had a record number of participants, making it the biggest Classic Yacht Race in Greece. 72 vessels in total took part in the races in four categories: Classic Boats – with three subcategories depending on the construction date: Vintage ( – 1947), Classic (1948 – 1974), Spirit of Tradition (1976 – ), Traditional Caiques, Lateens and, for the first time, the Dragon category. Spectators had the chance to get to know each vessel with this year’s collectors’ edition catalogue, provided by the Organising Committee, which included the history and facts of the race’s “protagonists”.

Nontas Labadarios, President of the SCYR Organising Committee and Vice-President of the Yacht Club of Greece, said: “As we expected, 2014’s event was very successful, something guaranteed by the Yacht Club’s years of experience and human resources. The international institution that is the SCYR has been established as the greatest Classic Yacht Race in Greece and one if the most important in the Mediterranean”.

The events began on Thursday with the Skipper’s Meeting, which took place at Bouboulina’s Museum. The mansion of the legendary Greek heroine gave a distinct… Spetsiot twist to the meeting. The organisers then welcomed the participants at the Welcome Cocktail with CHIVAS drinks, cocktails specially made for this race and live music which lasted well into the night, in spite of next day’s races.

Friday was the first day of the sailing races and the Day Prize Ceremony took place at Adore Brachera Bar in the Old Harbour, where the participants enjoyed the applause along with refreshing CHIVAS cocktails. Saturday opened with the now established Parade of Sail of Spetsiot Caiques. In addition, this year’s race was enriched with a wide range of other events. Olympic Champion Sofia Bekatorou gave out autographs and conversed with spectators and participants. Saturday’s Day Prize Ceremony took place at the recently restored boathouse of the Spetses Yacht Club and was followed by a Souvlaki Party on the beach with a surprise performance by the “Captain Karagiozis” shadow puppet theatre.

The final races took place on Sunday, with the Day Prize Ceremony in the Poseidonion Square and the Award Cocktail Party for the participants at the Poseidonion Grand Hotel. This year saw the introduction of the life achievement award, which was awarded to Manolis Psarros for his and his family’s extensive contribution to the evolution, dissemination and conservation of the traditional art of wooden shipbuilding.

For the 3rd year running, the Spetses Classic Yacht Race was reinforced with the cross category award “Spirit of Chivalry – Chivas Honour Award – Spetses Classic Yacht Race 2014”, which honours the values of team spirit, fair play and authenticity. For 2014, this unique award, much-anticipated by the crews, was awarded by the race’s Gold Sponsor to the crew of the SAVANNAH, one of the most famous classic boats worldwide, that participated in a race on Greek waters for the first time. Christophe Lemarie, CEO of Pernod Ricard Hellas stated: “The success of the Spetses Classic Yacht Race with CHIVAS REGAL as the Gold Sponsor has made us proud for 3 years running, since it highlights team spirit, authenticity, culture and fair play in the best possible way, all of which are values that CHIVAS REGAL represents”.

Antonis Vordonis, CEO of the Poseidonion Grand Hotel, which is celebrating its centenary year, presented the Poseidonion Concours D’ Elegance award to the best preserved caique, lateen and classic boat and stated: “The Poseidonion Grand Hotel, celebrating its centenary year and being an integral part of the Spetses Classic Yacht Race, is establishing the Concours D’ Elegance award to honour the best preserved and most authentic vessel in the categories of classic, traditional and open boats. This award highlights the traditional art, history and aesthetics, which are values interwoven with its philosophy”. The vessels honoured were Carina from the category of classic boats, Faneromeni from the traditional boats and the Lateen Isabella M. from the island of Syros in the lateens.

Supporting the race was also the luxury resort Amanzoe, which first opened in August 2012, providing a new level of hospitality in the ‘Greek Riviera’, as the area has come to be known. This year, Dolphin Capital, owner of the Amanzoe, will open the Nikki Beach Resort and Spa in Porto Heli in August 2014.

The Spetses Classic Yacht Race 2014 took place under the auspices of the Municipality of Spetses. Further supporting the race were the Spetses Trade Association and Bouboulina’s Museum.

The crews, organizers and viewers will all meet up again this year for a bigger and more impressive Spetses Classic Yacht Regatta 2015. 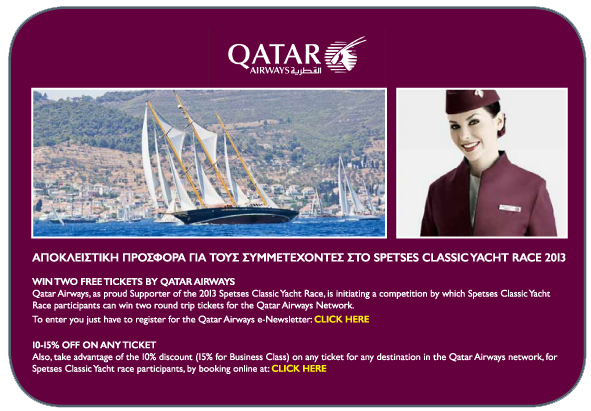 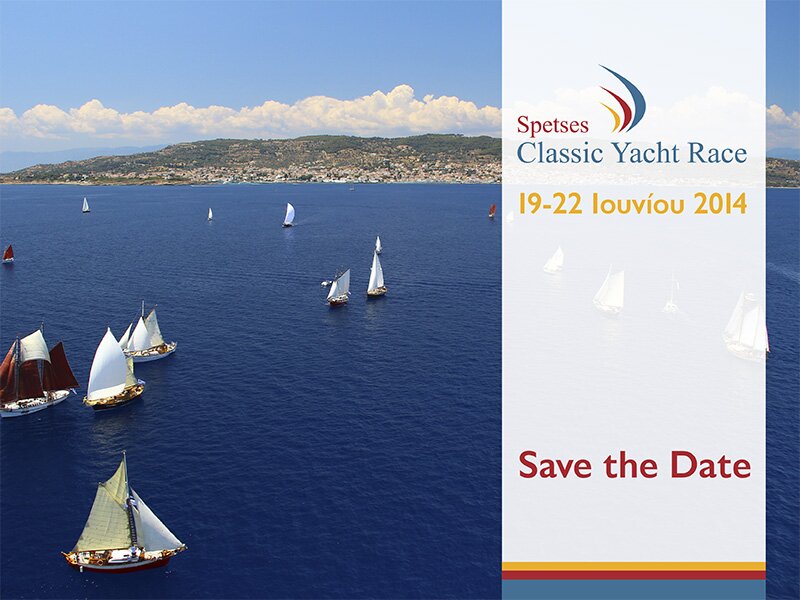 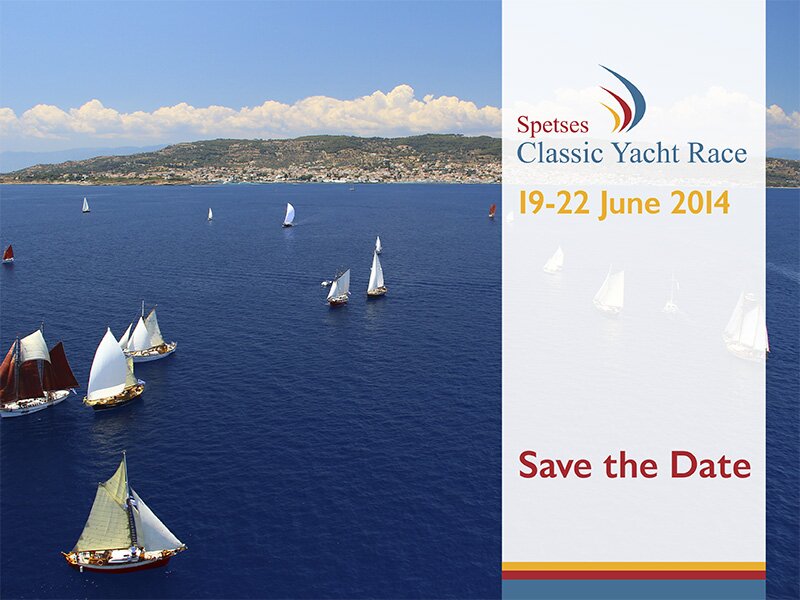